Kiss me I'm ... having grown up in New York City, home of St. Patrick's Cathedral, this o'geishanista knows firsthand about celebrating St. Patty's Day on a grand scale. (Did I mention McSorley's Ale House?) From the wee hours of the morn' till the wee hours of the next morn', every man, woman, and pub in town lets loose in full-blown party mode -- and it has nothing to do with strangers sucking face or being Irish at all. 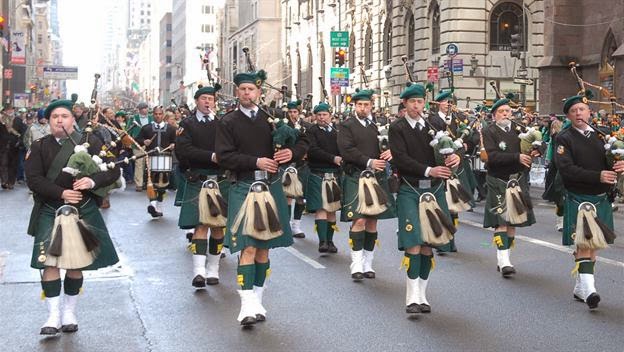 Some pretty kick-ass parades kick off the libation-loving festivities, then hords spend the day (or weekend, in this year's case) wearing, eating, an' drinking green -- as in beer, bagels, eggs, ham, shamrock shakes, cocktails, corned beef, you name it. Chug a few mugs of the magical brew and it's like a mini Mardi Gras ... minus the booby beads and King Cake. Talk about "Erin Go Bragh-less." It's literally a day of toasting till you're toasted. 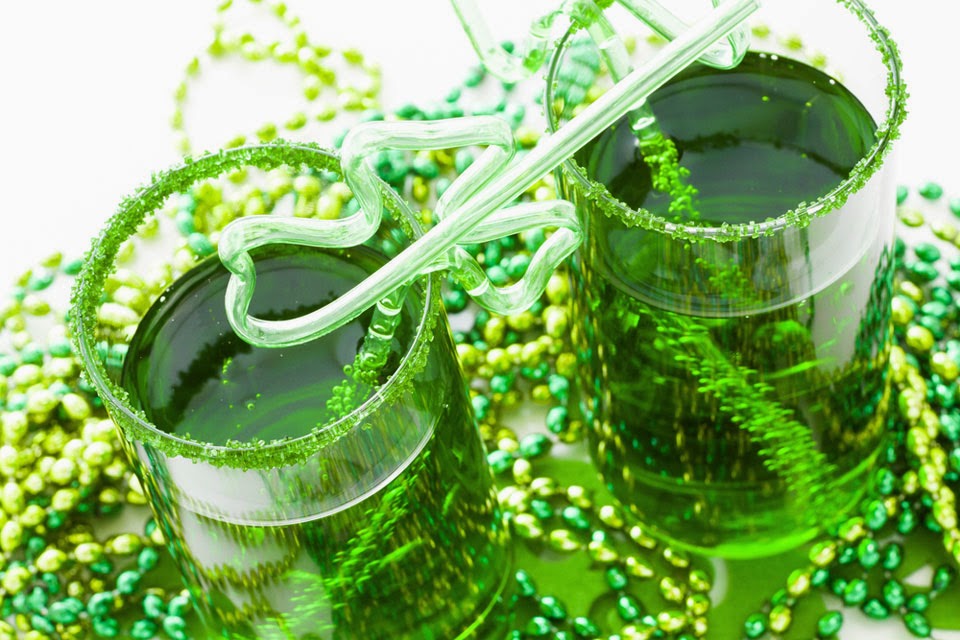 Back in the old country it's all about the Guinness, but my personal fave has to be the emeralds -- rings, earrings, necklaces, you name it. Isn't that the reason they call it the "Emerald Isle"? Surprise me with Harry O'Winston and you'll be the lucky little leprechaun kissing my blarney stone. Think magically delicious. (FACT: I've been called that. Throw in matching Louboutins and I'll prove it. Oh yeah.) 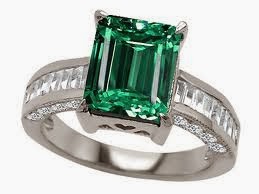 HINT: this emerald-cut emerald will rock my world. (And yours.)

BTW, here's a little-known tidbit: St. Patrick was actually born in Scotland! Didn't see that coming, did you? He arrived in Ireland after being kidnapped by slave traders, and eventually brought Christianity to the Land of Saints and Scholars. The first Irish immigrants, selfless souls that they are, eventually brought the party here to celebrate their luck. Now who are the lucky ones? Exactly. I'm dancing a jig as we speak.

Speaking of jig (or gig in this case), one of my ever-so-lovely GEISHA-MANIA! gal pals is infamous for his leprechaun act in films, television commercials, and video games. In fact, he was looking devilishly dapper decked out in a green plaid suit, top hat, spats, cane, ginger mutton chops, and a huge handlebar mustache when we first met at a party two years ago. (He kind of freaked me out.) Little did either of us know he'd be donning a kimono and Spanx to join my silly, sexy sideshow. It really does pay to be Irish ... or just play one on TV. 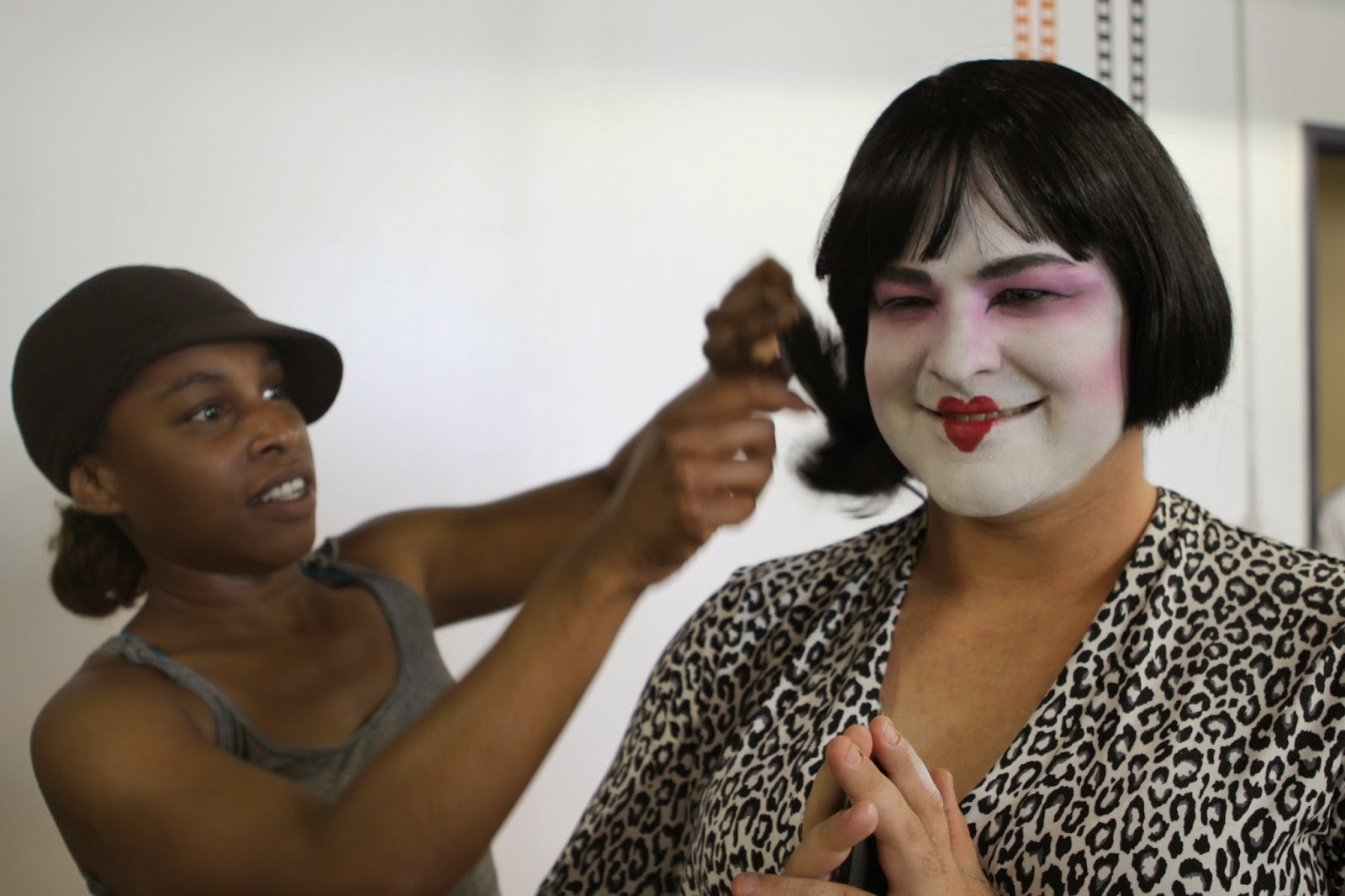 Enough drivel, let's move on to the fun stuff. It's high time to start thinkin' 'bout drinkin' ... and this is certainly the day to do it. Of all the specialty cocktails (one can never ingest enough food coloring), Green Margaritas are me beverage of choice. Any drink with its own national holiday sends me flying over the rainbow, but there are some delish St. Paddy's Day drink recipes that'll surely get your Irish up. 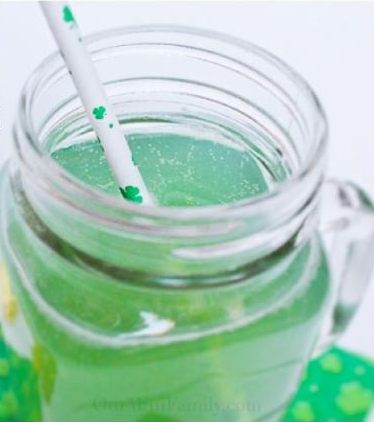 Searching for that perfect pot of gold? Wish upon a four-leaf clover, download the Uber app (don't drink and drive), and go paint the town green. Here are some places in L.A. to find Irish eats and throw down a few Dublin Donkeys ... cheers! xo