Hola love muffins ... como estas?! Since today's National Tell a Joke Day, I'm gonna share something I find funny. I don't really care if you agree 'cause it's my story, damn it. FYI, the very first comedy album I ever purchased was Steve Martin's "Let's Get Small." I loved it. One of his classic lines is forever ingrained in my mind -- "People ask me, 'Steve, how can you BE so fuckin' funny?'" I'll never forget his delivery (perfection) and, from that moment on, I was hooked on making people laugh. It's my crack. 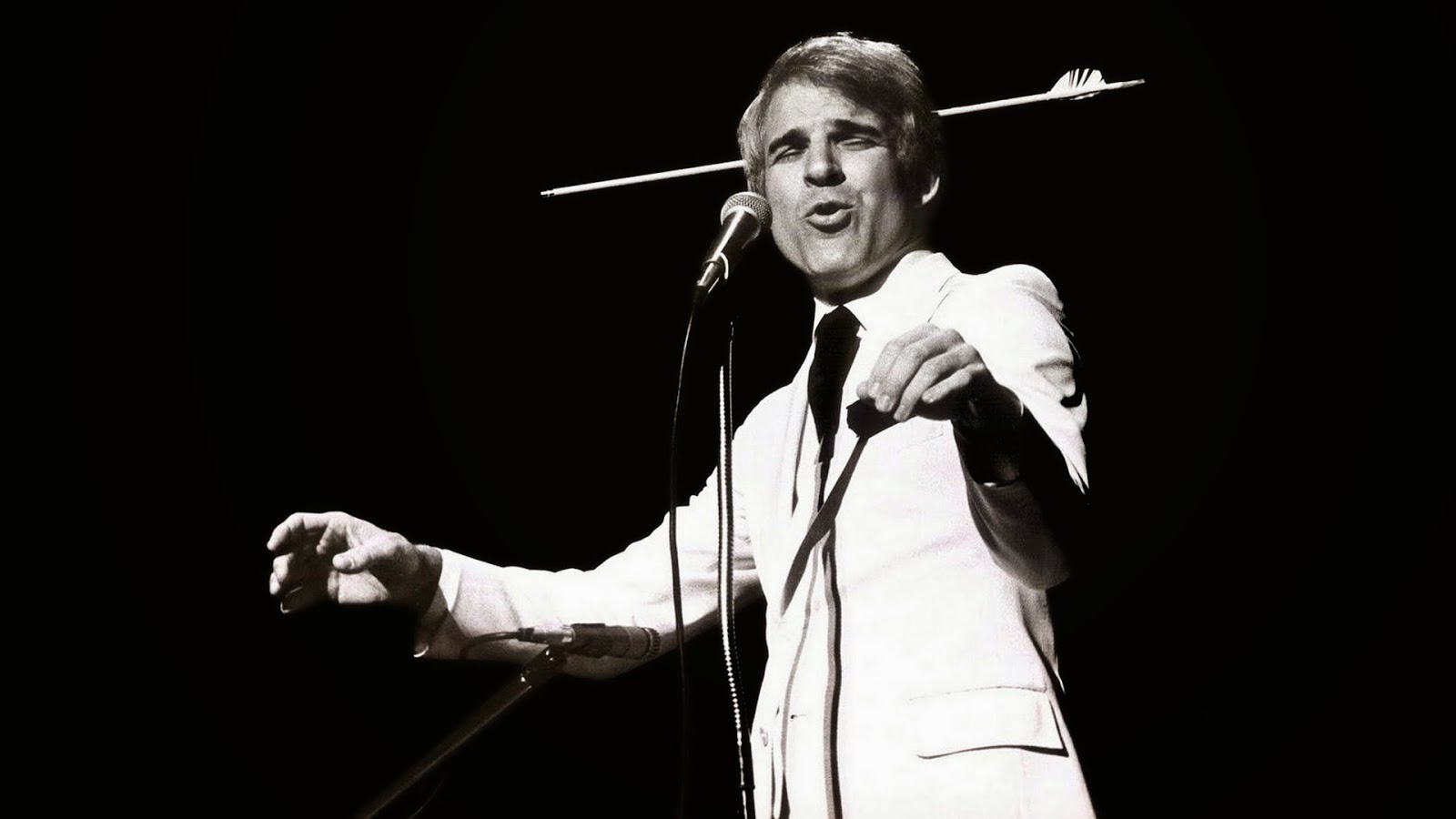 Back in the day, I used to run wild through the desolate, late-night streets of NYC with my punk rock girl pack for shits 'n' giggles (sporting a black mohawk, no less). We'd land -- "take over" may actually be a more apt description -- at the Mudd Club, Danceteria, Irving Plaza, CBGB's, Peppermint Lounge, the Tunnel, Limelight, and places I don't even remember for some hella hardcore fun. Like cockroaches in the Bronx, we were everywhere. 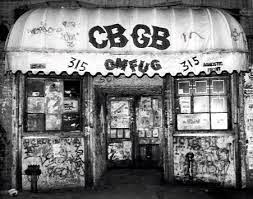 Once settled in with a drink or two, I'd start walking up to random people and make up morbid jokes - ON THE SPOT. Oh yeah. I, for one, thought it was hilarious. (Not to mention my gal pals who nearly peed their pants. Again, loved it.) Best part of the whole deal was the sick and confused looks I received from my victims. Yup, I thought it was brilliant. (That's youth for you.) 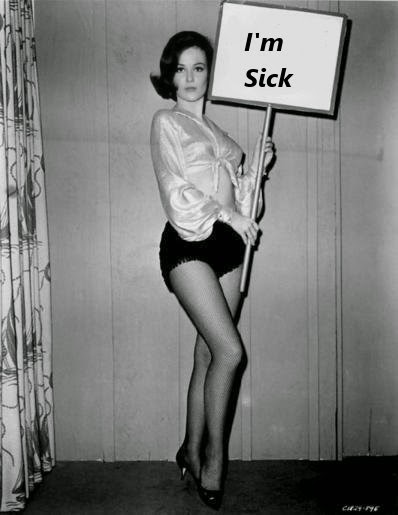 Years later, while being coerced into performing at an open mic night somewhere in North Bergen, New Jersey (that's a whole other story), this comedy club producer informed me that one of the twisted jokes I mentioned creating during this heyday-of-sorts went on to become one of the most popular party circuit jokes for at least a decade. Imagine that. My claim to fame and I didn't even know it. (Kinda like how I actually won $5K in one of Snapple's bottle cap contests and threw it away BECAUSE I DIDN'T KNOW. I kid you not. Next time they tell me I "didn't" win car payments for a year, I'll start counting my Benjamins. Um, Snapple, are y'a listenin'?)

Actually, this joke is STILL my all-time fave. (I remember exactly what club I was in and the faces of the people I went up to. BTW, they weren't laughing.)  And, YES, I wrote it from my little head. © 1980-somethin'. So here goes ...

Q: Why did the monkey fall out of the tree?
A: Because it was DEAD.
Poor little bastard. 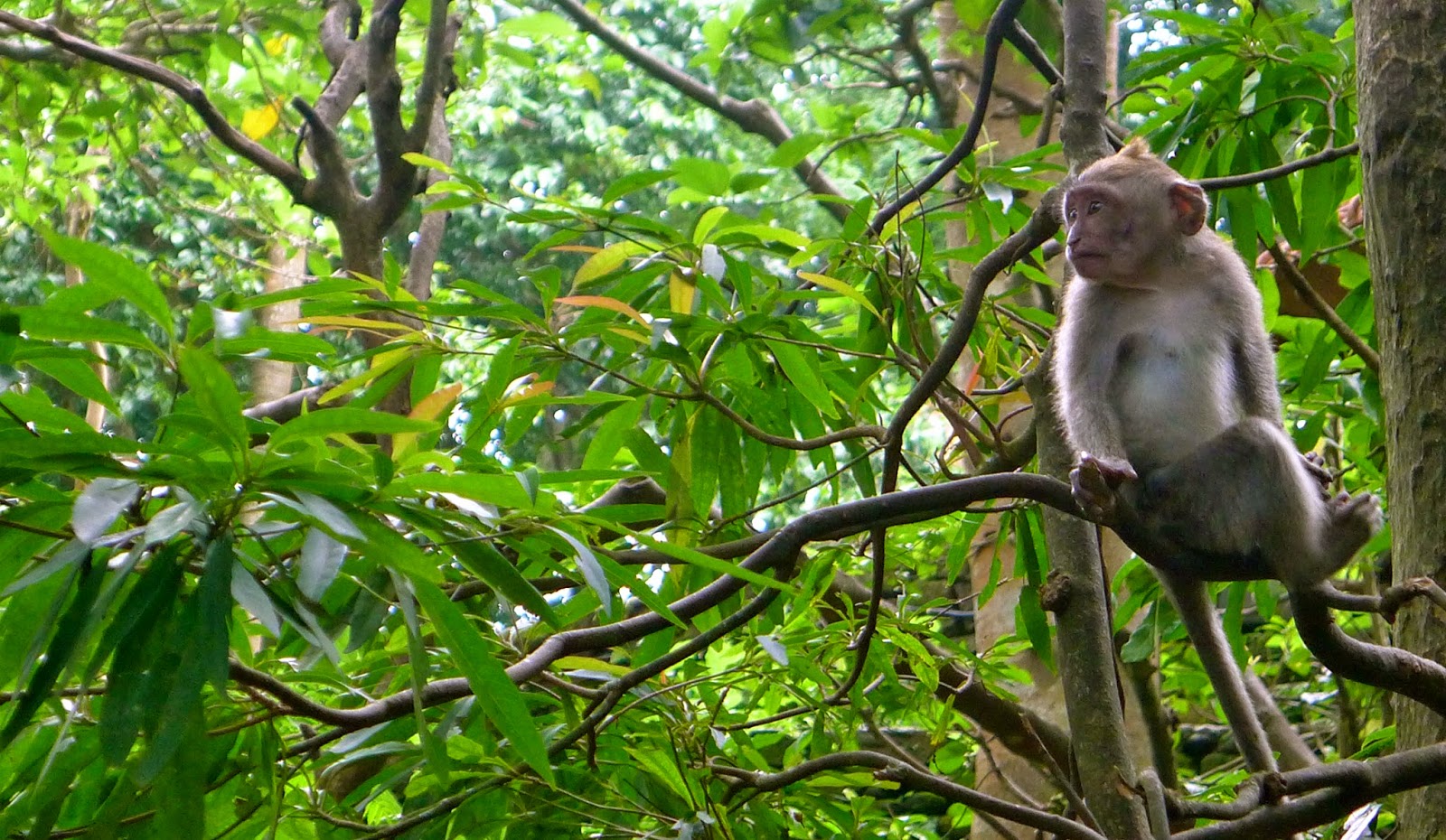 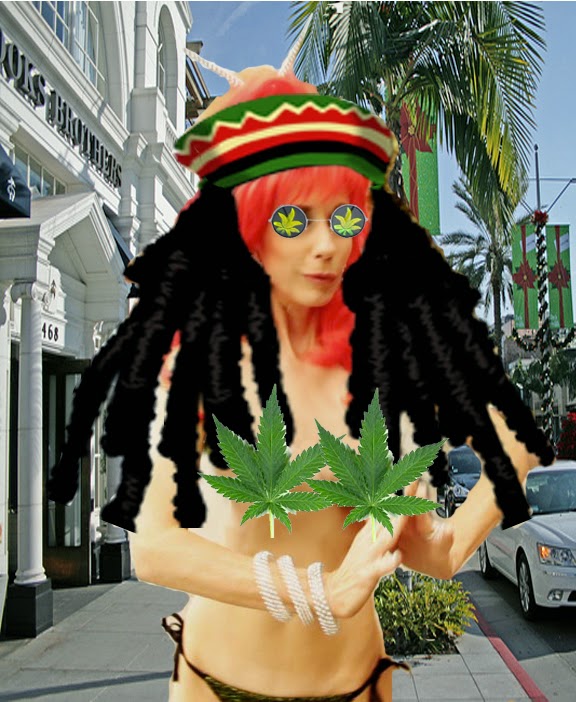 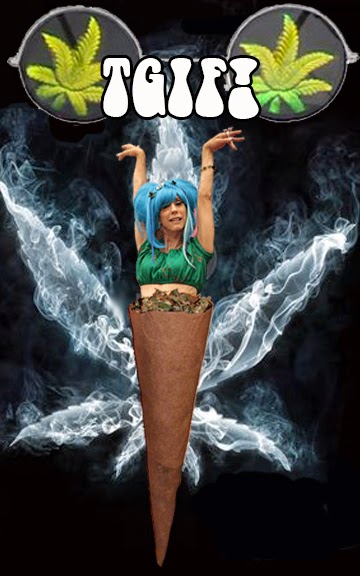 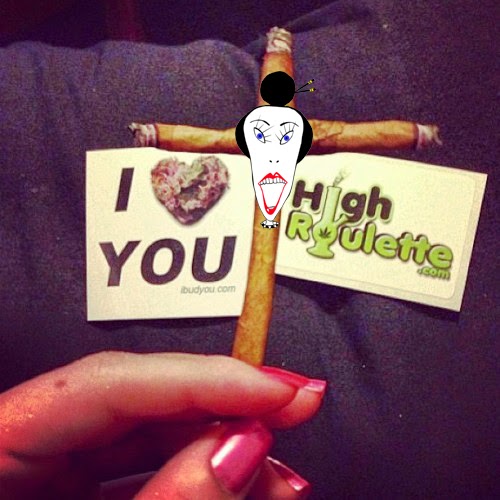 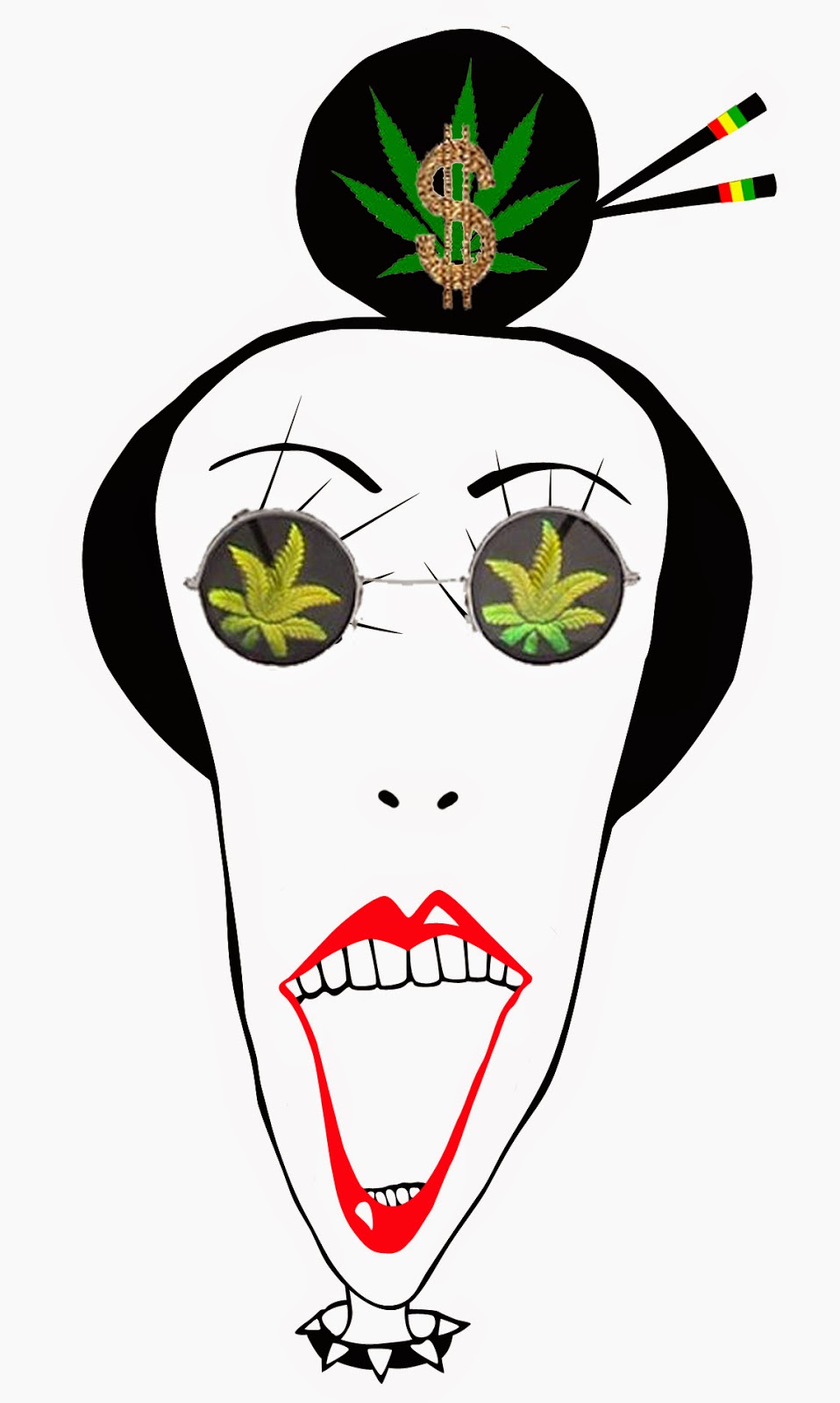 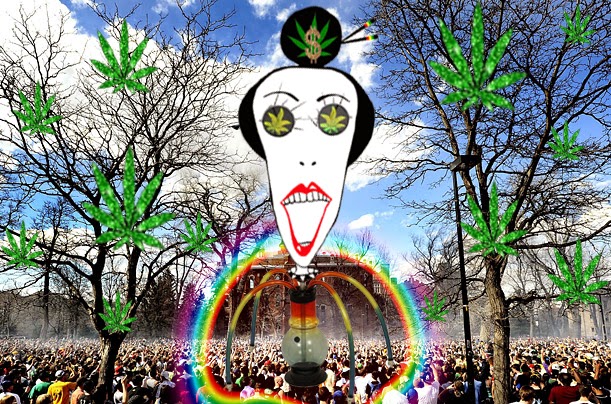 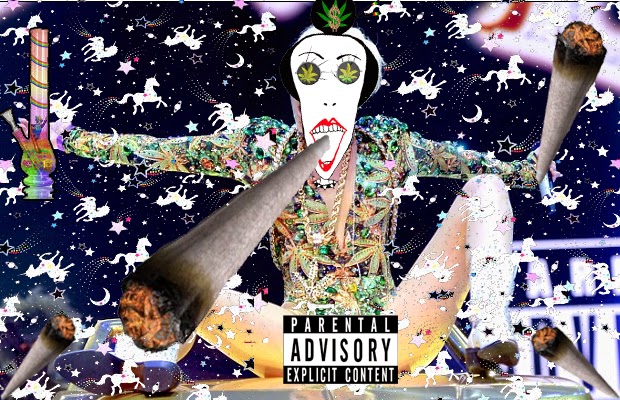 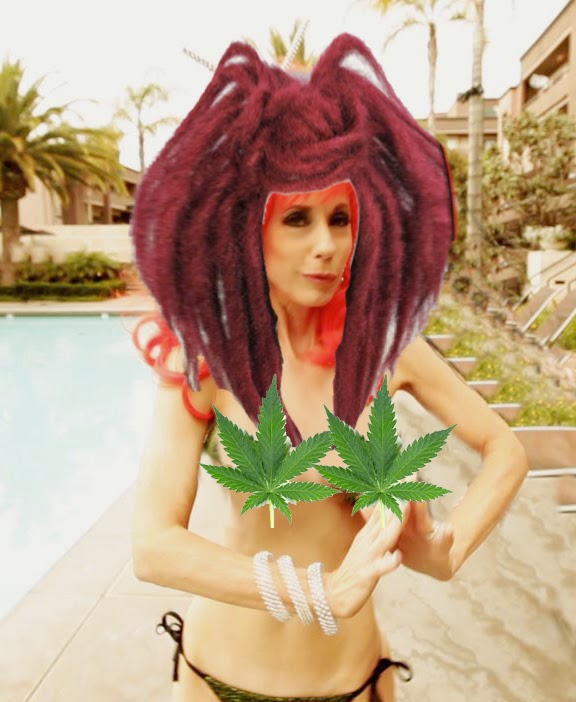